Consequences of Using Your Cell Phone While Driving In Florida 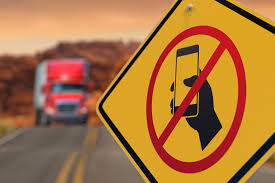 A lot of drivers make use of their cell phones while driving in Florida for a variety of reasons. Using the GPS to navigate, make phone calls, or to read emergency messages like weather alerts are some of the many reasons drivers often find themselves with their gaze locked downwards instead of on the road.

But the major and most notorious problem with phone usage is texting while driving. Texting while driving is a serious distraction that has caused a series of accidents and an alarming amount of deaths in not only the state but the entire country. Up until recently, the legal consequences for texting while driving in Florida were not as harsh as compared to other states because Florida law enforcement could not legally pull drivers over and issue a citation for cell phone use alone. Although the use of your cell phone while driving in Florida is illegal, it was considered a secondary offense; this means you must be pulled over for another matter before law enforcement officers can ticket you for the use of your phone.

Distracted driving across the nation has become such a prevalent problem that it has prompted more than 40 states to outlaw cell phone use while driving by making it a primary offense. In April 2019, Florida’s legislature passed a bill that joined other states to make texting and driving a primary offense. These changes began on July 1, 2019.

Over the years, there have been initiatives that have advocated for stricter texting and driving laws to make Florida roads safer. Recently, the Florida House voted on a bill to make texting while driving primary traffic offense, which means that law enforcement officers can now pull you over if you are caught texting on your phone while the car is moving. Before this, texting and driving was a secondary offense. Which means that a driver would have to break another law, like speeding, before an officer can issue a citation for it.

It is important to note that the use of a cell phone while operating a vehicle falls under the scope of distracted driving. The numbers are staggering if you see the data that has been collected by the Department of Highway Safety and Motor Vehicles. Distracted driving contributed to almost 270,000 accidents on Florida’s roads in 2017—including 234 fatal crashes and more than 40,000 crashes with injuries. More than 3,600 crashes related to electronic device distractions occurred in 2018. The data shows that 15% of all accidents across the country involved the use of a cell phone, and 20-29-year-olds remain the largest population of cell phone users throughout the country. Although most of the incidents involving accidents do not end in someone being injured when someone is injured it is usually a very serious or fatal accident.

Back in 2013, the initial Florida Ban on Texting While Driving law included the following: “manually typing or entering multiple letters, numbers, symbols, or other characters into a wireless communications device.” Then it goes on to say “drivers cannot send or read data related to texting, email, or instant messaging. Unless the following situations occur:

· Drivers can text when they are stopped at a traffic light or stuck in traffic.

· Drivers can text to report an emergency and report criminal activity to the police.

· Drivers can read texts related to driving, such as emergency, traffic, and weather information and alerts.

· Drivers can use a wireless device, including entering information into their phone, to navigate.

Once a citation is issued the following will likely happen:

· Harsher punishment for texting in a school zone or causing serious injuries could lead to a reckless driving citation.

Those drivers that hold a CDL (commercial driver's license) in Florida must follow stricter laws than the drivers with regular licenses. The following constitute the use of a cell phone:

· Dialing by pressing more than one button

· Texting, emailing, instant messaging, or retrieving data from any of these actions

If you have a CDL and are stopped for using a cell phone while driving, you can be either disqualified by the FMCSA, be fined, or the employee and the employer might pay fees up to $2,750 and $11,000.00. Continued offenses could lead up to a permanent suspension of your CDL.

The changes in the new texting and driving law for regular licenses include the following but not limited to:

· Drivers may still use their phone when stationary. This includes while at traffic lights and stuck in traffic.

· Law enforcement must record the ethnicity of all drivers who receive tickets to ensure that specific groups aren’t being targeted.

· A police officer cannot search a motorist’s phone without a warrant unless an accident occurs involving injury or a fatality.

· Drivers must be hands-free in work zones and school zones.

· The law does not apply to people operating self-driving cars.

If you or someone you know has been injured or lost a loved one in an accident due to a distracted driver that was using a cell phone, don't hesitate to contact the Coye Law Firm for a free consultation to discuss your case with a member of our legal team. Florida law entitles you to sue for damages after you have exceeded your personal injury protection (PIP) coverage limits. Our experienced car accident attorneys can help you fight to recover compensation for the full cost of your injuries so you can focus on healing and recovery. Under Florida law, you have two years to take legal action after a wrongful death and four years in personal injury cases. Give us a call today at 407-648-4940.

by Wade B. Coye [email protected]
Connect with me
Attorney/Author Wade Coye - serving consumers legal needs for over 27 years
Be the first to comment!
Post a Comment

Who Will Pay My Bills After a Car Accident? 7 Possible ResourcesRequest Information