What Do the Lawyers Look For in a Juror? 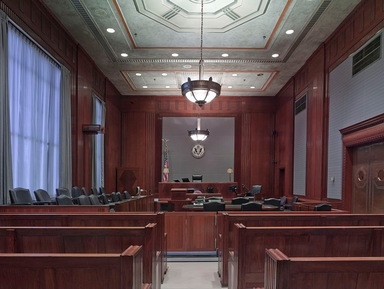 Though jury duty may seem like an inconvenience to some, and an honor to others, it is an essential part of the judicial system our country is based on. As a citizen of the United States, it is our civic duty and responsibility to serve on jury duty.

Who is Eligible to Be Summoned for Jury Duty?

...is eligible to be summoned for jury duty.

Those ineligible for jury duty are limited to people currently subject to felony charges, and those formally convicted of a felony charge, unless their civil rights have been legally restored.

Who is Exempt From Being Summoned for Jury Duty?

Several groups of people are exempt from their eligibility, including:

​These people cannot serve jury duty, even if they would like to.

Other groups can be excused from jury duty too. These groups include:

What Happens After I Receive a Summons to Jury Duty?

Once you’ve received a summons to jury duty, ignoring it is generally bad. However, the letter does not guarantee you will serve. While employers can choose to continue paying an employee during jury duty, the law does not require it. Financial need, alone, is a reason you can be excused.

Jury selection is a long process that takes time. You’re going to have to wait, so bring a good book, or something to keep you busy. The process itself is called “Voir dire,” and it describes a procedure in which attorneys from both sides go back and forth asking questions of potential jury members.

What Does the Lawyer Look for in a Juror?

Generally, a lawyer is looking for a jury member who...

Obviously, a lawyer is looking for a jury member who seems like they will side with their argument. If you want to be chosen, avoid possible contact with police, doctors and lawyers involved, as to thwart any possibility of bias, appear earnest, and surprisingly, go to church. Being involved in religion makes you seem like you know the difference between right and wrong.

Many people intentionally try to get out of jury duty by sounding opinionated and obnoxious when asked questions. This actually works to a lawyers benefit. It gives them time to judge the nonverbal cues of potential jurors surrounding their ‘outspoken’ person. They watch for signs of agreement or disagreement, by paying attention to slight headshakes, crossing of arms, or nodding. The psychology behind jury selection can make or break an attorney’s case.

Potential Jurors are also judged based on age, gender, race, wealth, appearance, marital status, and all the stereotypes that go along with each of these categories. Depending on these traits, a lawyer can judge relatively accurately, whether a person will be sympathetic to the plaintiff or defense.

What Happens After I Am Chosen for Jury Duty?

Though many find Jury Duty to be a burden, more often than not, those chosen find it a fascinating experience, in which they can learn about our judicial system first-hand. Try to learn from it, instead of finding ways to get out of it.