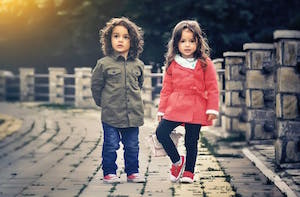 Unfortunately, many families may have to deal with difficult decisions at some point. When a couple decides to get divorced, it doesn't only affect them. They may have children to consider during the process as well. Depending on the relationship between the parents, determining custody may be difficult and require time in court. Other circumstances can also lead to court intervention for child custody and minor guardianship. The legal issues that stem from emotional events can be difficult to sort through, but sometimes it must be done. The attorneys at the Coye Law Firm may be able to help couples and families determine custody or guardianship as they work to resolve personal issues.

When a parent has the legal right to take care of and make legal decisions on behalf of their child, they are said to have custody. There are different arrangements for a parent's custody over their child, including:

Guardianship is similar to custody in that both arrangements dictate who has the responsibility to care for a child's physical and legal needs. Custody usually belongs to a biological parent, whereas guardianship can be given to a close relative, friend, or even the state. A person may need a guardian if they are unable to make decisions on their own. These individuals include children, those who are incapacitated or severely injured, and adults dealing with a disability such as mental retardation. The person with guardianship is referred to as a "legal guardian," while the person they are responsible for is called a "ward."

There are some unfortunate situations in which an impartial party must represent the interests of a child, usually during divorce cases. Two parents may have a bitter custody battle during their divorce, which leaves a child unrepresented. These cases of he-said, she-said can leave children vulnerable, so a guardian ad litem may be appointed. When a child's physical wellbeing is threatened, a court can also appoint a guardian ad litem.

We try to protect our children from emotional and physical harm, but sometimes special considerations are necessary. Custody and guardianship is an important decision if you family is going through big changes. Call the family law attorneys at the Coye Law Firm for representation. We want to help your children preserve their rights.